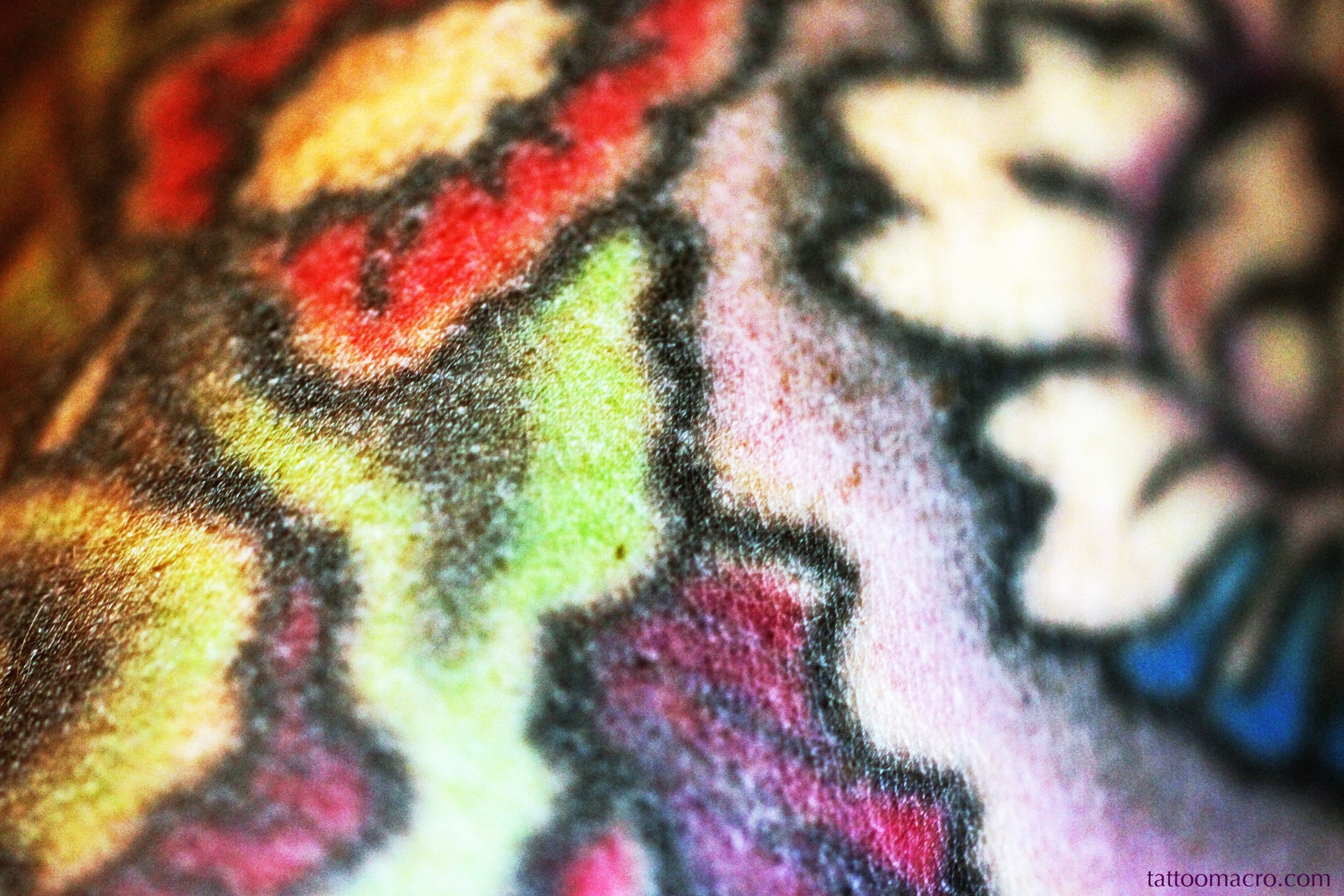 Caroline is a yoga instructor at Providence Power Yoga and is an ambassador for Lululemon. She and Dave have two kids and that’s another dimension in her life.

Of course, I had to ask her what it was like being tattooed by her husband, and she told me that it brought them closer together. I believed that already, just looking through the lens at her tattoos.

Caroline and I agreed to just leave this section of a poem by Muriel Rukeyser, which came to mind, here:

Between     between
the man : act    exact
woman : in curve    senses in their maze
frail orbits, green tries,       games of stars
shape of the body speaking its evidence

— From “The Speed of Darkness,” The entire poem can be found here, [adult language in this poem] and you will be so glad to take the time to read it. Promise.