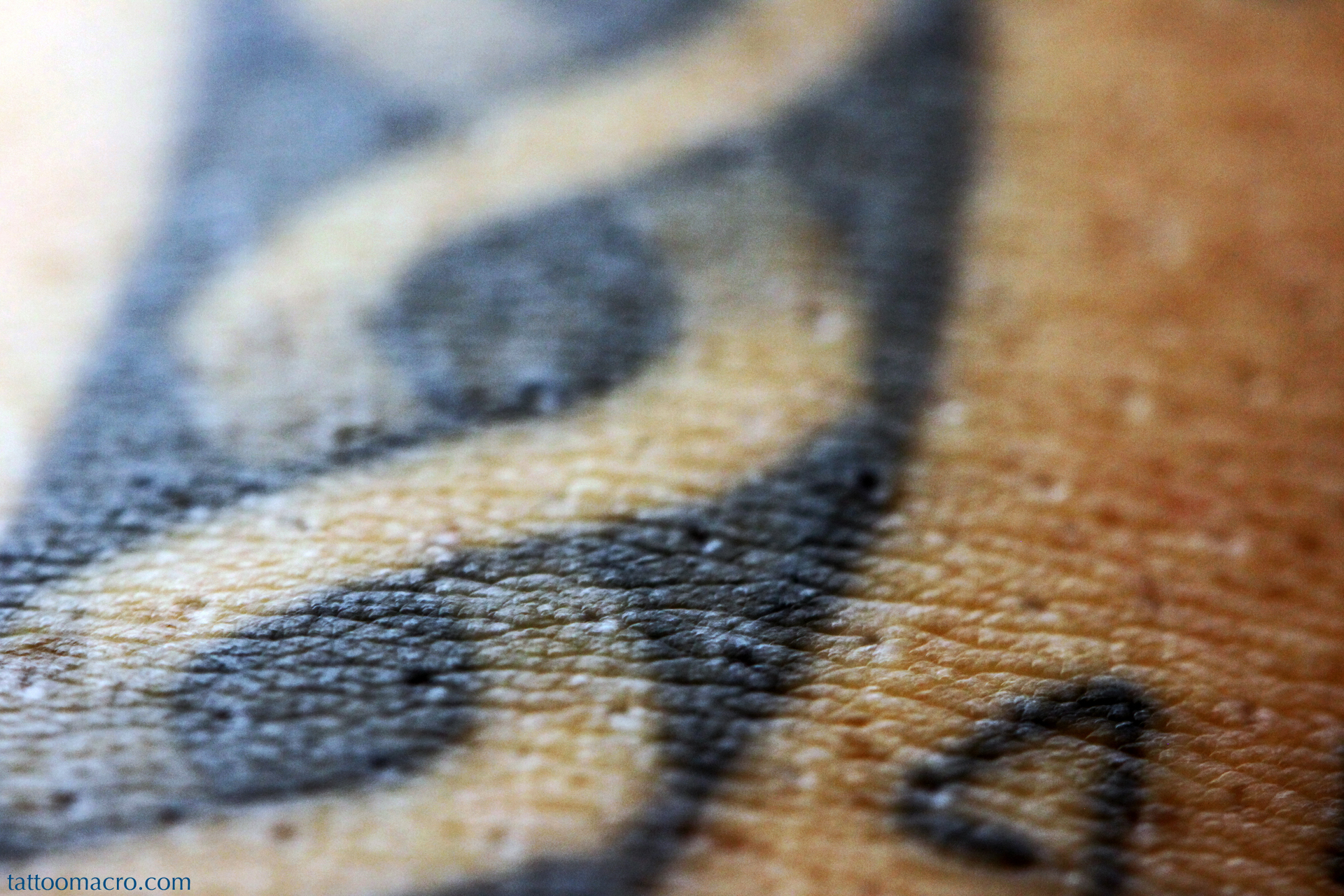 Musician Joe Sabourin’s tattoo was done by Craig Prentiss at Visions Tattoo, Medway, MA. Joe is an honest-to-goodness working musician, so there’s some likelihood that, if you’re into local music, you’ve seen him anywhere from the Fatt Squirrel to your cousin’s wedding. He has a Facebook page, “My Mother’s Moustache,” where you can find out where, what and with whom he’s playing. For his gallery, he provided a quote from Victor L. Wooten because “It says so much more than I can.”

Wooten begins:  “Musicians do not have to be believed in.

We do not have to be trusted. Our Music speaks for itself without the listener having to know anything about us. Music touches people’s emotions in a way that nothing else can. When people find a musician they like, they are usually fans for Life. If they like the musician and his Music, they will open up their hearts to whatever that musician has to say. It matters not what country the musician or the fan comes from. Music is a language that all understand. It goes beyond and breaks down barriers. This makes the musician very powerful, and with power comes responsibility.”