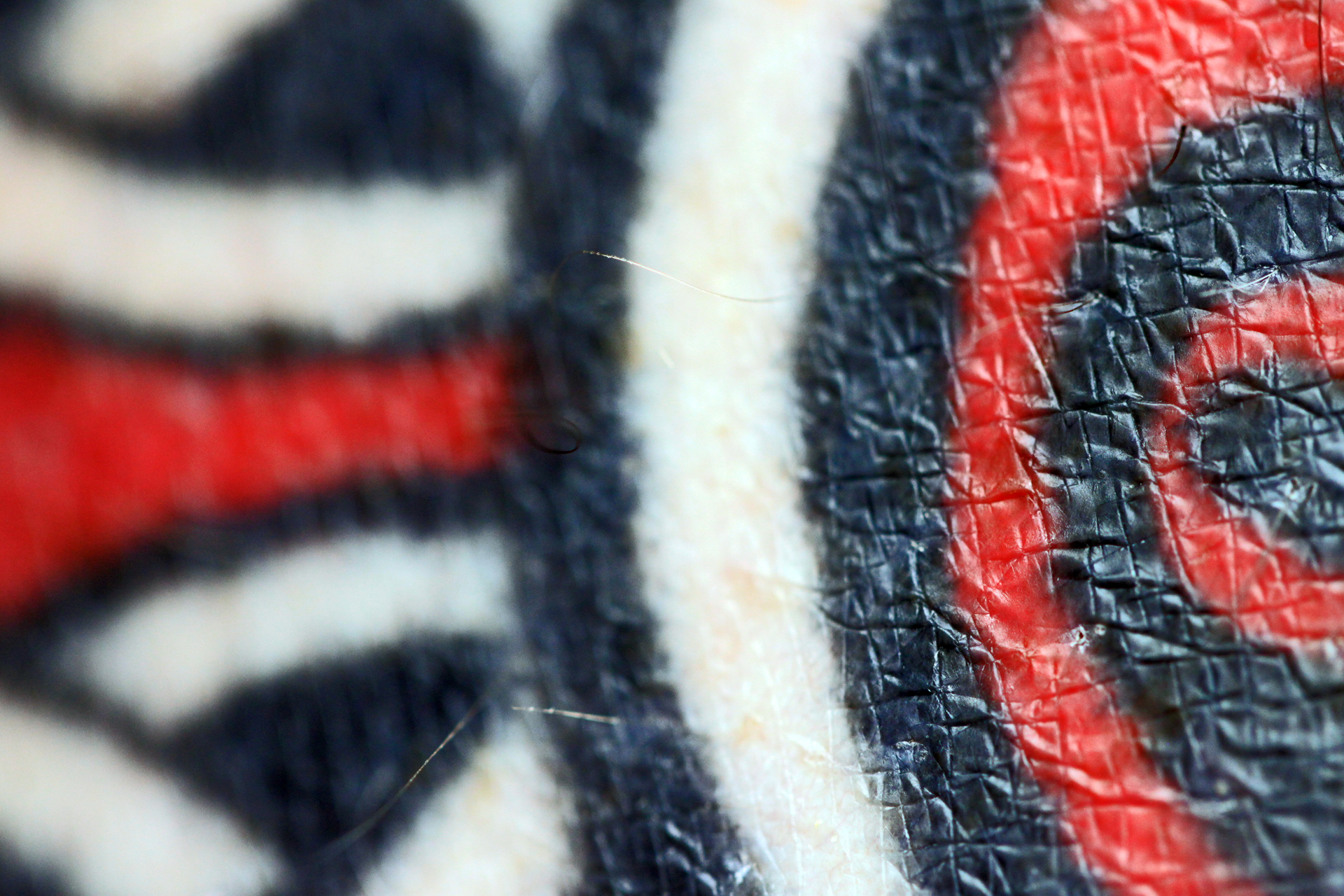 Damon’s Celtic Band tattoo was done by Steve at Art Freek Tattoo in Providence, RI. When I asked Damon about the meaning of his Celtic Band tattoo, he first said, “No real meaning behind it.” Yet, his story speaks of the ways tattoos can have emerging meaning. He writes:

I’ve always had an affinity for Celtic art and knot-work.,,

For years I wanted a Celtic band on my calf as my first tattoo, so in my mid-twenties I had this one done. The knot-work itself is flash I found online that was titled “Warrior band” – I liked the style and its sharp edges. I took the flash into Photoshop, turned it to negative, then added the black and red. After speaking with Steve at Art Freek, he explained that I would need something to tie the two ends of the band together and after looking though more Celtic imagery I chose the triskelion, also in negative.

There are many interpretations of the symbol  — one I like best is the representation of life, death, and rebirth. To me, this tattoo has become a symbol of me and represents who I am or at least who I was when I got it.