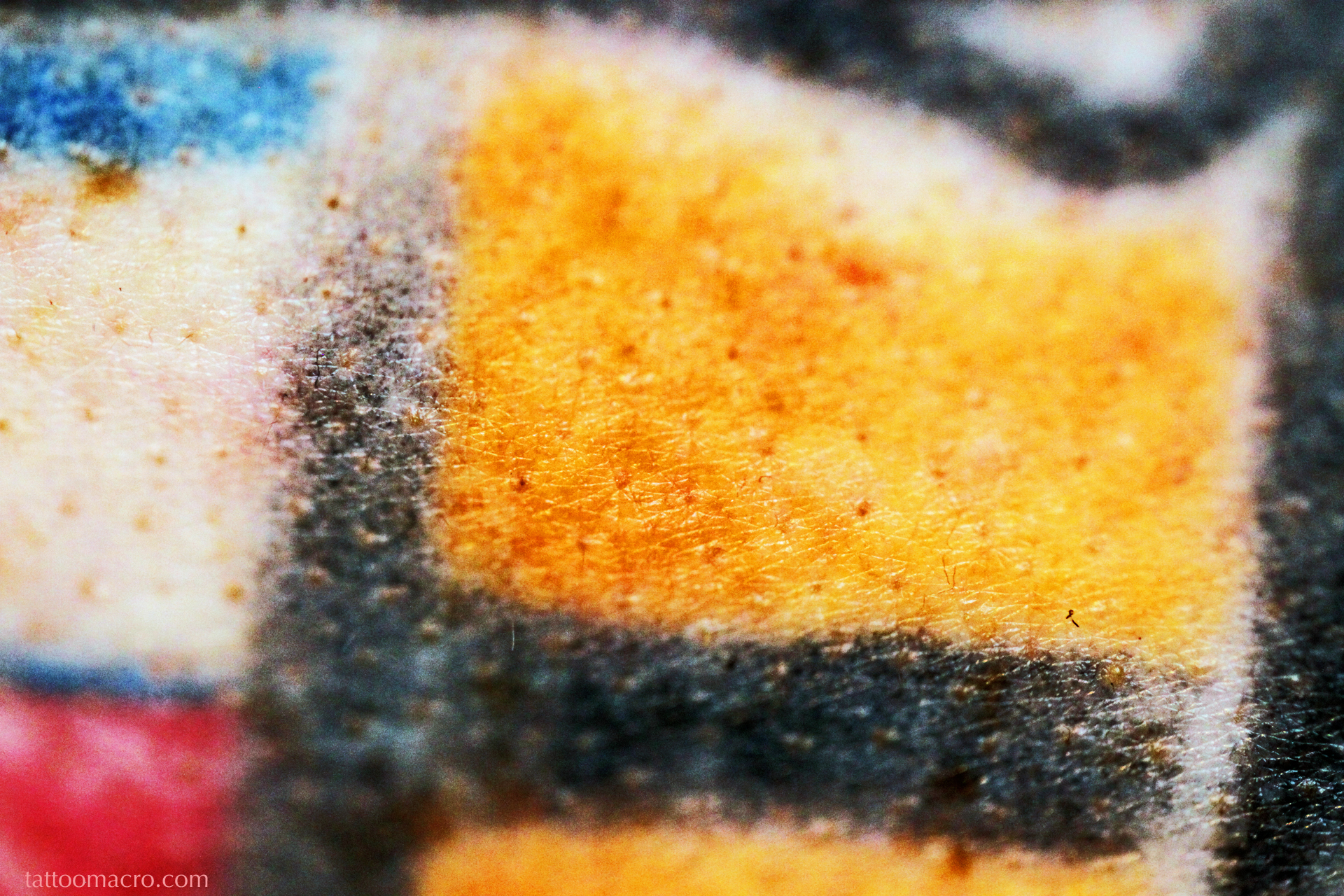 Jason declined providing any commentary about his tattoo, which isn’t that he has nothing to say (he’s a talker), but that he’s not saying it here. He did, however, give me permission to make up stuff about him. I asked him, “Are you really sure?” and he affirmed. “Maybe I’ll tell the truth,” I warned. “Whatever.”

So, I asked Jason, “Which of your tattoos is the one you love the most?” and he kind of shrugged and otherwise indicated indecision. A lot of people have an answer to that question, so it isn’t totally off the wall. But you know how there’s a difference between when a person is truly indecisive because they don’t know for real and when a person is indecisive because it’s too hard to say? This was like the latter one, and I wasn’t convinced. “You gotta tell me, Jason,” I said. “Come on.”

“Screw it, you’re not gonna believe me anyway.”

“Maybe I will,” I said encouragingly.

“Yes, it’s invisible, with whatever it’s made of.”

“But, then you can’t prove you have this tattoo.”

“That’s pretty much the problem, and people think I’m bullshitting them, as they naturally would. I wouldn’t fucking believe me. Do you get what I’m saying? It’s fucking invisible, no one except me can see it.”

“Yeah, but where is this tattoo?”

“Now, you’re so, totally, totally shitting me. You’ve got an invisible tattoo that moves the fuck around. Seriously?”

“Seriously. It isn’t anywhere I can see right now. It gets shy when people are around.”

“Let me get this. The tattoo gets shy. Only when other people are around. Does it get worse? Where in the hell are you taking this?”

“Nowhere. I have an invisible tattoo and that’s my favorite one. Can we move on to another subject now?”

“Fuck no – you have a SHY, INVISIBLE TATTOO that MOVES AROUND. Let’s grant this assumption, as hard as it is. Where the fuck did you get it?”

“You think that’s going to make this anymore believable? It’s not, okay? It won’t work, any making sense of it by asking more questions. Okay? …You know what? A freakin’ genie gave it to me.”

“A genie, like Aladdin’s? Like in a Thousand and One Arabian Nights? Where the fuck did you come across a genie?”

“I was a kid going through a junkyard, I found a glass bottle, looked interesting, opened it. Genie.”

“And, then you got three wishes.”

“No. It’s a lot suckier than that. A genie doesn’t do anything except kind of read your mind and then give you something, hoping that you’ll release them. It’s really fucked up. Solitary confinement for, I think 50 years, he said. Trust me, you don’t want to be party to that sort of thing. I was a kid, but I knew a bad scene when I saw it.”

“Fuck yes. He gave me the tattoo after I said he could just go, that he didn’t have to give me anything. He knew I wanted one. That’s how I got that tattoo.”

Jason shrugged. “I could try with everything I’ve got to describe it, and then the words disappear. I have tried to draw it, paint it, weld it, sing it. I have used every single thing around to show or say or sound like what the fuck it looks like. Can’t do it.”

I was laughing my ass off, “You mother fucker! It did get fucking worse. You are so, so shitting me.”

“I’m not. Look, I said you wouldn’t believe me, and now you know what I was saying was true. Can’t call me a liar.”